RedCapeTheatre Tech and dress in the bag - thanks to everyone who’s helped get us this far! Can’t wait for opening tomorrow… https://t.co/O0NKvz1nCX

"A delicate work of damaged poetry and slow-moving grace. Beautifully accomplished, a remarkable debut."  The Herald on The Idiot Colony 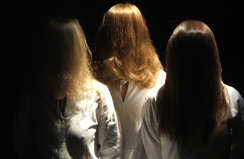 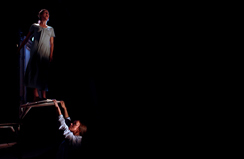 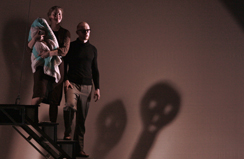 RedCape Theatre came together in 2006 to make their first show The Idiot Colony.  The founding members Claire Coaché, Cassie Friend and Rebecca Loukes originally met at Lancaster University and subsequently each trained and performed internationally before returning to form RedCape Theatre.

The success of The Idiot Colony established RedCape Theatre as a company with a reputation for producing high quality, original devised physical theatre based on extensive research of real life stories. We have since created three other productions; From Newbury with Love, 1 Beach Road and Be Brave and leave for the Unkown.